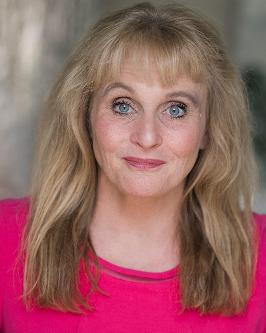 Sally Hyde Lomax started her life as a professional actor in Northern Ireland, where she jointly ran and acted in her own theatre in education company, Pippin Alley. In 1999 Sally moved to Gloucestershire and has since acted in and around Gloucestershire and the West Midlands for many different theatre companies, including Rain or Shine, Jenny Wren, Gloucestershire Old Spot and her own company, Through the Square.  From 2015 to 2017 Sally toured a one woman play, Shakespeare’s Will, written by Canadian playwright Vern Thiessen, about the life of Anne Hathaway, wife of William Shakespeare, with Rain or Shine Theatre Company, and from 2017 to 2018 she returned to education and did an MA in acting at Royal Birmingham Conservatoire. Since then she has done a theatre tour with Fred Theatre company in Stratford, touring four GCSE plays, has played the part of Julia the barrister in the film Father’s Daze and was in the children’s tv show, Fergie pulls it off.  During lockdown, despite no theatres being open, Sally kept herself busy by making an iphone film about Alzheimer’s, which was written and directed by playwright Vanessa McCartney, and by performing in several of the Theatrephonics Audio plays which were rehearsed over Zoom and recorded remotely.    Sally is a one of the faces of the Snugzy brand, so you may well find her face advertising a pair of socks.  She is delighted to have joined the Dremestics Company and is looking forward to acting in many shows.

This is a heading

This is a paragraph. To edit this paragraph, highlight the text and replace it with your own fresh content. Moving this text widget is no problem. Simply drag and drop the widget to your area of choice. Use this space to tell site visitors about your business and story.

This is a subheading