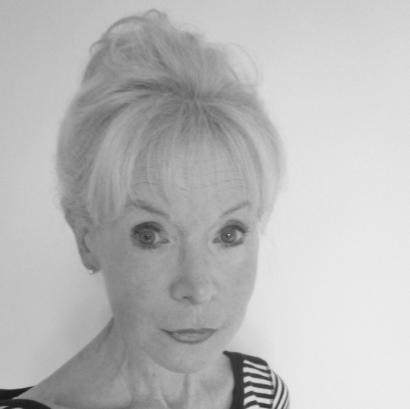 Marianne Gaston trained at Shelagh Elliott-Clarke Performing Arts College, Liverpool, in dance and drama. Her first professional role was Anne in The Diary of Anne Frank (a very long time ago).  Since then she has worked extensively in theatre, film and TV for 40 years in Australia, New Zealand and the UK. She will be directing a new play A Woman’s Life by BAFTA nominated author Carolyn S. Jones for the Holst Birthplace Museum in March and is playing the role of Lydia in The Sower by John Swan for the Christian Arts Festival in May.

In November 2018 she completed 18 months touring as Catherine Dickens in My Dearest Kate by Ellie Dickens, the true story of the marriage of Charles Dickens, which was kept a secret during his lifetime. Also in 2018, Marianne played Mrs Smith (lead role) in The Man from the Gas at Bristol Old Vic/BBC film.

For Dramestics Marianne played three roles in Macbeth:  1st Witch, King Duncan and Murderer.  Her numerous roles include Judith Bliss in Noel Coward’s Hay Fever; Catherine Holly in Tennessee Williams' Suddenly Last Summer; Julia in Edward Albee’s A Delicate Balance ; Edith Wilson in President Wilson in Paris by Ron Blair; Annie Sullivan in The Miracle Worker; Kate Winslow in The Winslow Boy; Mary in Table Manners; Suzie in Wait until Dark; Childie in The Killing of Sister George; Margaret More in A Man for all Seasons by Robert Bolt; Constance in She Stoops to Conquer; plus several Shakespeare plays: Lady Anne in Richard III; Hermia in A Midsummer Night's Dream, Cordelia in King Lear; and Lady Isabel Camden in The Christmas Candle (film).  Marianne performs regularly in Medical Role Play work in Bristol and Cheltenham. Her many directing credits include The Parrot, The Poet and the Philanderer by Lou Beckett at Chapel Arts, Shakespeare’s Will (tour) by Vern Thiessen under the umbrella of Rain or Shine Theatre Company, and a murder mystery tour of At the Drop of a Pin by Carol Sheppard. She also directed Cinderella, the first pantomime performed at Tewkesbury Abbey.

Marianne is a member of the Everyman Theatre Actors Lab. She is a long time member of ‘Scriptorium’, a playwrights' group in Gloucester, and as such several of her scripts have received a professional staging, one of which (Fred and Bob)  won an award and was subsequently given a 10 night run, following which Marianne was over the moon to receive payment for royalties and 10% of the Box Office takings. During her years in Australia and New Zealand she was involved in several theatre tours, including six months in the South Australian Outback with Covenant Players, a USA Christian Theatre Company. She was Drama Director for NZ Youth for Christ in the early 1980s and wrote several scripts for a TVNZ programme The Herd. Marianne loves all animals but especially cats, and has 6 year old rescue puss called Mistral Pierre.