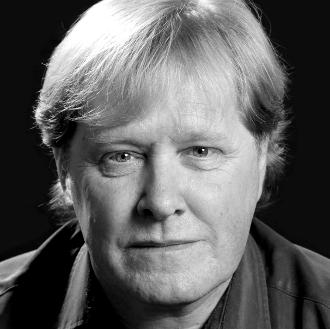 Anthony trained at The Bristol Old Vic Theatre School, following his early
career as a postman!

Since then he has played a variety of outdoor summer touring roles with Rain
or Shine Theatre Company including Touchstone & Phoebe in As You Like It;
Leonato in Much Ado About Nothing; Egeon in The Comedy of Errors; Gratiano
& Morocco in The Merchant Of Venice; Stephano & Sebastian in The Tempest;
Oberon & Theseus in A Midsummer Night's Dream; Sir Andrew Aguecheek in
Twelfth Night, Don Pedro & Verges in Much Ado About Nothing and Squire
Trelawney in Treasure Island (his main role was the Ships’s Figure Head!!).

Indoors for Rain or Shine, his credits include: Toad in The Wind in the Willows;
Scrooge in A Christmas Carol; Mr Otis in The Canterville Ghost; Dracula/ Dr
Seward in Dracula; Dr Watson in two Sherlock Holmes mysteries. In The Snow
Queen he played numerous roles including a Goblin, Grandad, Laplander,
Finlander and a Snowflake!

His other credits include Mote in Love’s Labours’s Lost; Earl Williams in The
Front Page; The Ghost of Christmas Past in A Christmas Carol (all at Bristol Old
Vic); Etherege in The Libertine; Donald Duck in Blue Remembered Hills and
Preacher Goodlaw in Seven Brides for Seven Brothers (all at BAC, London); Sir
Beastley in Jack and the Beanstalk (Cheltenham Everyman); Paucefort Quentin
in The Vortex; Dr Goertler in I Have Been Here Before (Edinburgh Festival); Friar
Lawrence in Romeo and Juliet (New Triad Theatre, Germany tour); and Jacob
Lacey in a new play Deep Pit at the Bristol Brass Works Theatre.